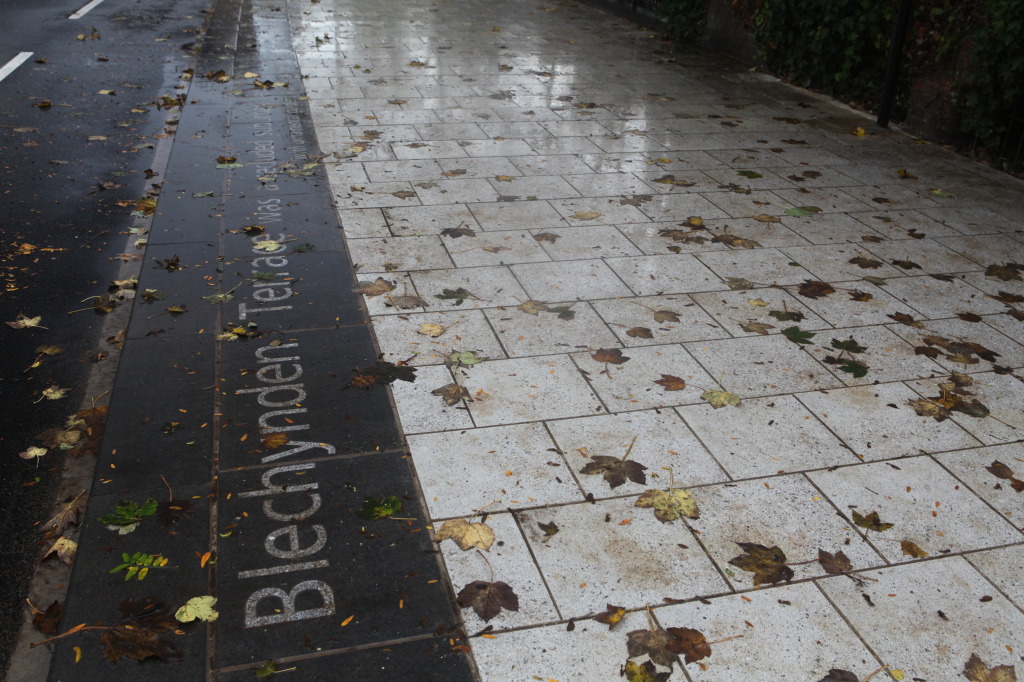 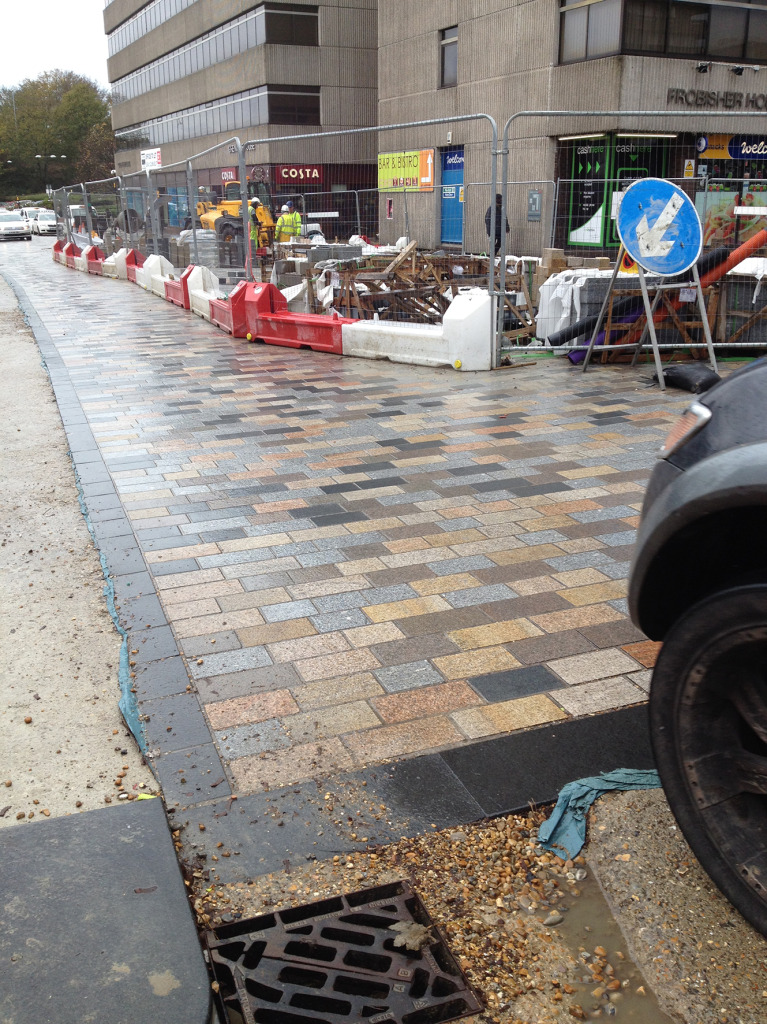 I travelled down to Southampton for a site visit to review the basalt kerbs installed along Blechynden Terrace.

These robust blocks form the kerb edge to the ‘Canal Shore’ artwork currently in production by Hardscape up in Halifax.  Some corner quadrant features have been installed. This feature runs from outside the Station Forecourt, to the bottom of West Park Rd and Kingsbridge Lane. This text based work – the text is created via water jet cutting and inlaying a contrasting granite into the basalt – is 290 linear metres long x 795mm wide. The text slabs have arrived on site, but awaiting installation in July.