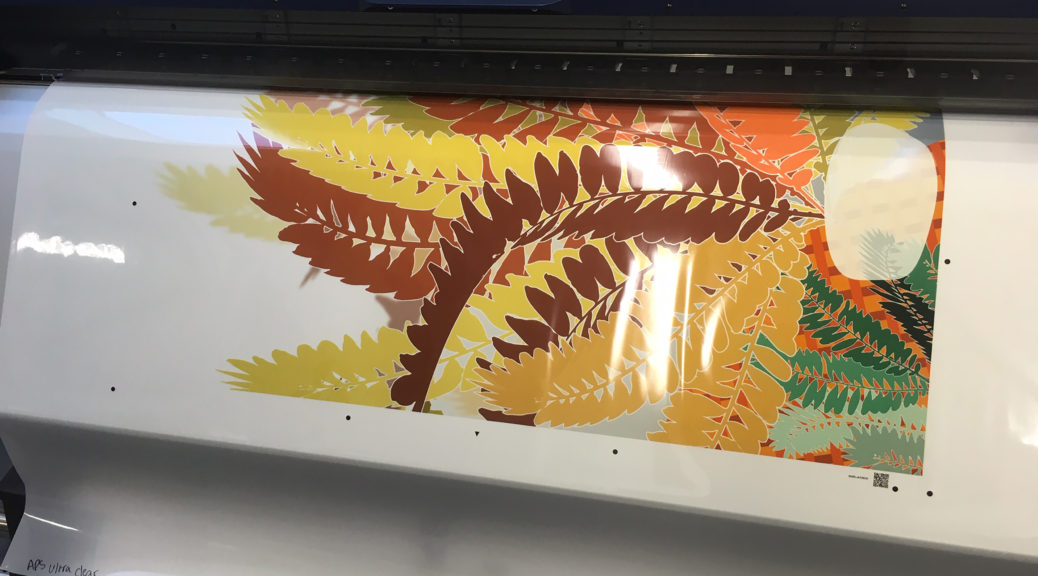 Always a relief to see projects get to this stage ! The printing has started ! Swift Signs in Weymouth are now in production of the glazing vinyl artworks for the Radiotherapy Outpatients Unit. Install is scheduled for next week. Watch this space ! 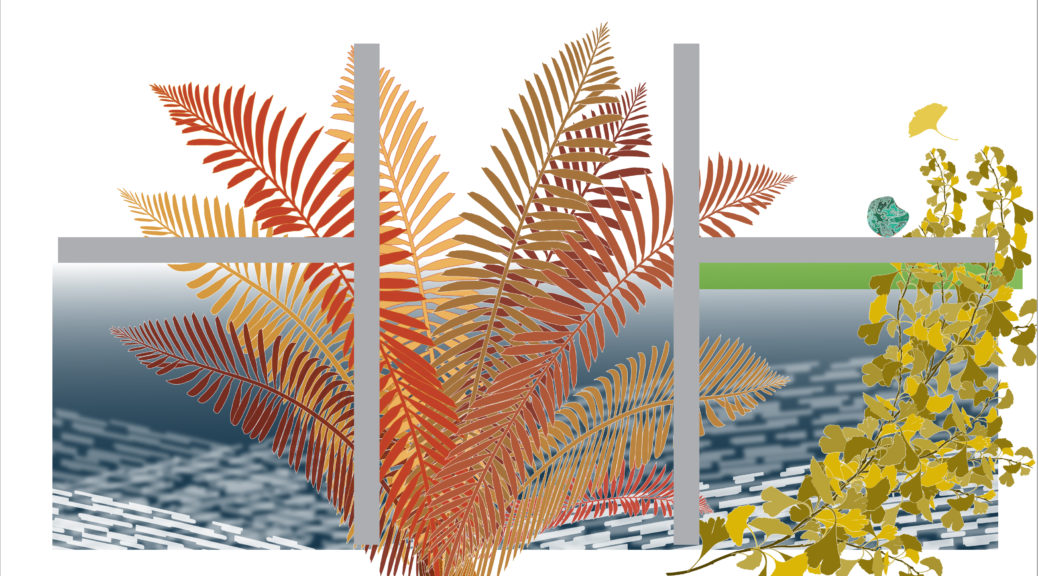 It’s taken a while to get to this point – but the artworks were signed off for production a few weeks ago and have now been printed by Swift Signs Ltd & are awaiting installation at the Robert White Centre, Radiotherapy Unit at Dorchester Hospital.

Here are a few images of the final artworks – it may help to know that any white used in the design does not print – and remains completely clear – bringing the outside in and extending the impact of the work to the external landscape beyond the clinical spaces. The colours also vary in transparency and opacity, so do not appear anywhere near as flat and opaque as they do in the artwork – which is a good thing right? I thinks so…

The top and bottom screen elevations work together as two adjacent spaces, where the designs overlap. Anything printed white here is actually completely clear and does not print. so you could imagine these two images combining with the external landscape. 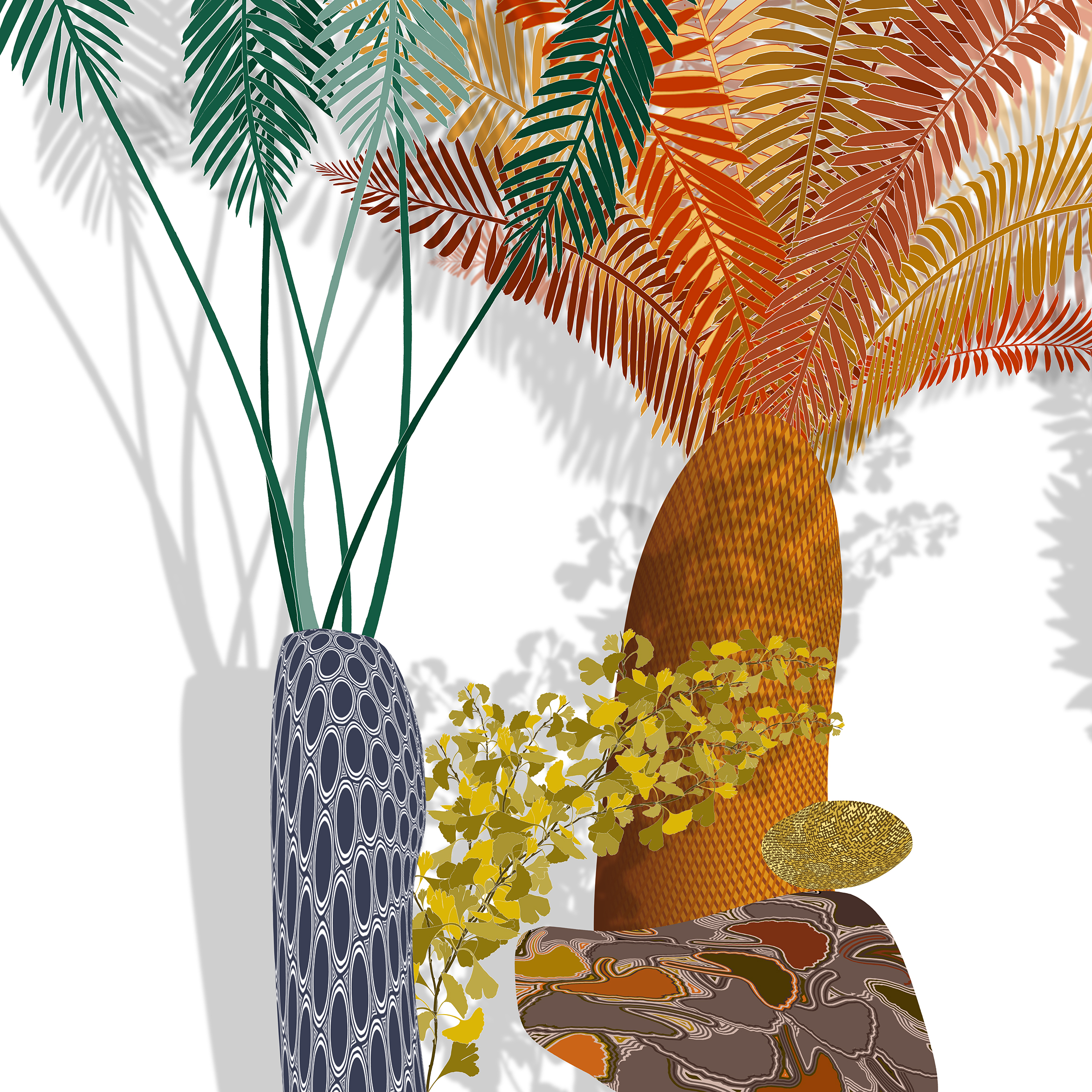 I have been dropping the artwork into the glazing frames to look at balance, proportion, scale & colour.

Inspired by Jurassic plant fossils, drafts & designs for discussion & comment by the project team & NHS Trusts are coming together in the studio. If successful these will be digitally printed onto glazing vinyl for the Radiotherapy Unit on the ground floor of the Robert White Cancer Centre based at Dorset County Hospital. These services are delivered by Poole Hospital as part of the wider county wide Cancer Services. The project is a collaboration between various agencies including Arts in Hospital & Poole Hospital Charity.

These artworks are presented as long elevations of ground to ceiling windows, but in reality they are a series of interlinked screens at angles to one another. For example, the External Lobby Entrance Screen will be seen through the Clothed Waiting Room Screen.

Above & Below: These are the interior views of glazed screens as they are at the moment. The Staff Meeting Room is overlooked by an unappealing brick wall & stepped access to a public footpath, which is at a higher level creating privacy issues. In the artwork designs, all areas in white will be either transparent glazing or opaque printed vinyl, allowing in light, but not views by the public. The Clothed Waiting Room and Reception area glass screens look out onto the ground floor external paved concourse linking this building to the Main Hospital and adjacent Canteen. The artwork screens will provide much needed privacy from the ground floor pedestrian areas outside and hopefully some peaceful distraction for patients coming regularly into the Radiotherapy unit.

Samples of the designs will be digitally printed at full scale and installed in the Radiotherapy Unit for further comment and confirmation that the outcome is what is desired by staff and patients.

Above: These five rooms are linked via a corridor. I have shown them as a single open space – but in reality, each is a separate private clinic room or office. 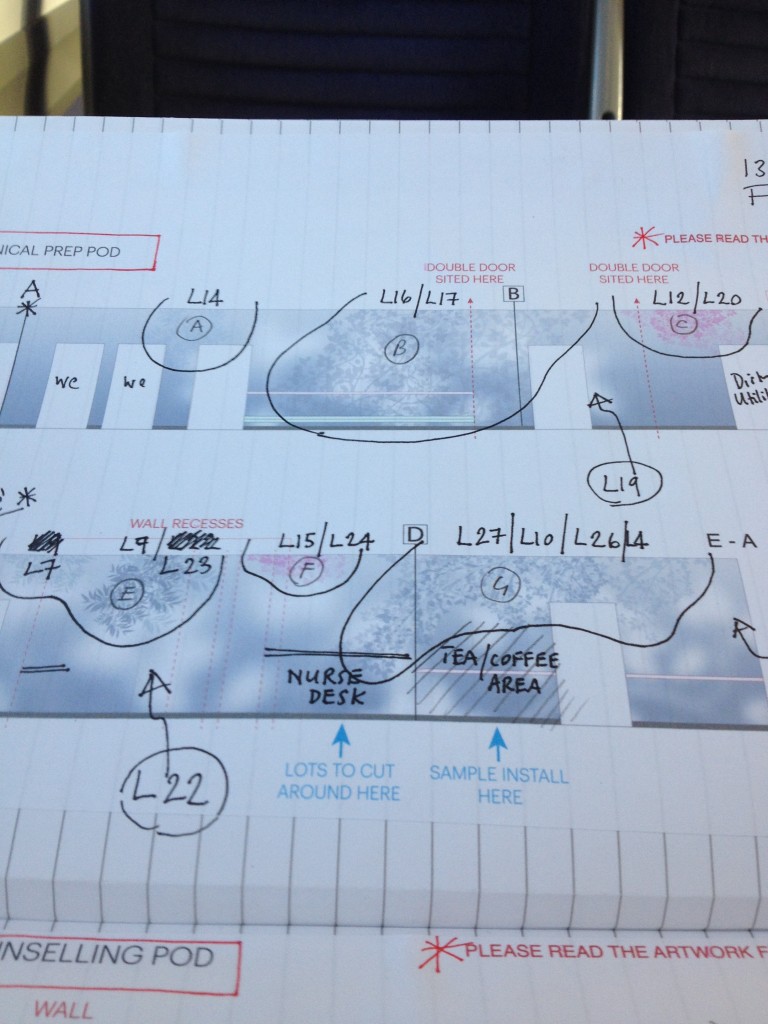