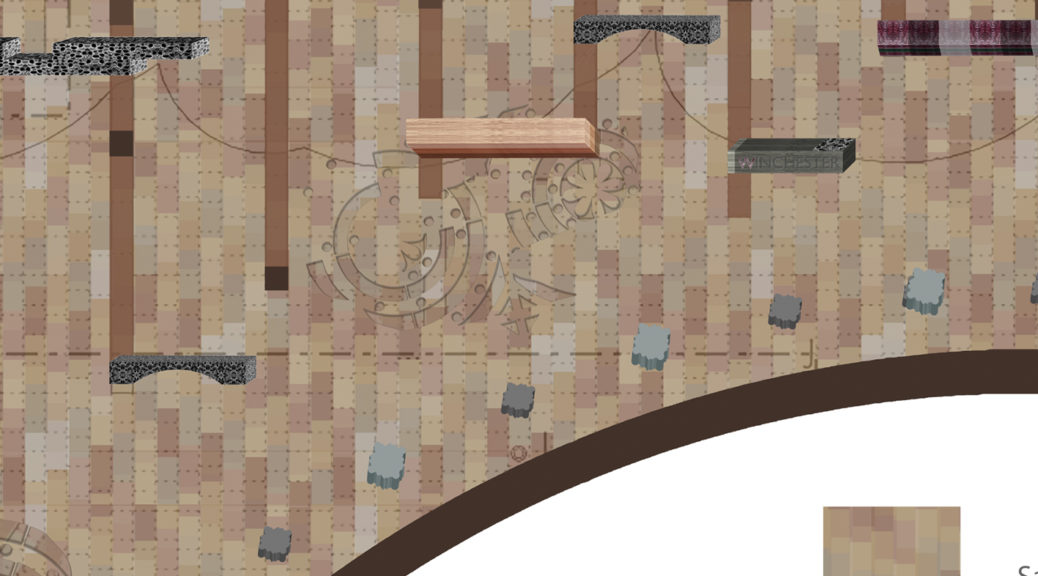 At the beginning of August 2019 I was issued with a much simplified plan of the public realm proposals by LDS Architects.

Above: This image – a cropped version of the plan drawing issued by LDA, shows the principal public realm and station access roads. The previous concept proposal for the public art benches and interpretation following the radial plan as previously illustrated was no longer viable, but the strong horizontal banding across the station forecourt still provided a viable grid and scaffold upon which to set out my ideas.

I have always been in favour of using sandstone as the principle paving material, as this has history with the city, plus in terms of colour and appearance, seems much more sympathetic to the fabric of the site and its low level & undemonstrative railway architecture, rather than big city, corporate use of granite for public realm.

We could explore the use of varied sizes of paving slab, within a manageable modular framework. The stone paving in the Cathedral for example, exhibits a wide range of slab size, from a small unit square Purbeck Stone tile – which appears to have been the principle paving material – to the larger and unique Ledger (memorial) Stones in Tournai Marble & other stones.

Above: Both images explore the possibilities of embedding interpretive Public Art elements within the revised LDS Public Realm proposal – seating, paving and retaining structures bringing an original and creative interpretation to the site. Working within the proposed LDS scheme, seating could be positioned at intervals along the parallel banding, using these lines as the principal interpretive parameters.

The key in the plan above outlines the use of:

Sandstone for main paving of the forecourt –

Cast Iron elements with low relief text and / or motifs set within the parallel banding in the paving & an extra wide kerb detail . There were several Iron Foundries in Winchester, which served the Railways –

Possible sandblasted, inlaid or etched surface patterns to the sandstone paving – employing super-graphic motifs inspired by the medieval ceramic tiling within the Cathedral –

Granite, Cast Iron, Cast Concrete or Steel defensive barrier structures which can double as seating or ‘perches’, following the radius curve of the highway. These are modelled on cross sections through stone piers in the Cathedral. –