Walked up to Blue Hill Observatory & Science Center, Milton, MA. Conceived and built by Abbot Lawrence Rotch in 1885. Amazing 360 degree views as far as Boston some 10 miles distant are to be had from the top of Great Blue Hill, which is the highest point in Norfolk County, MA 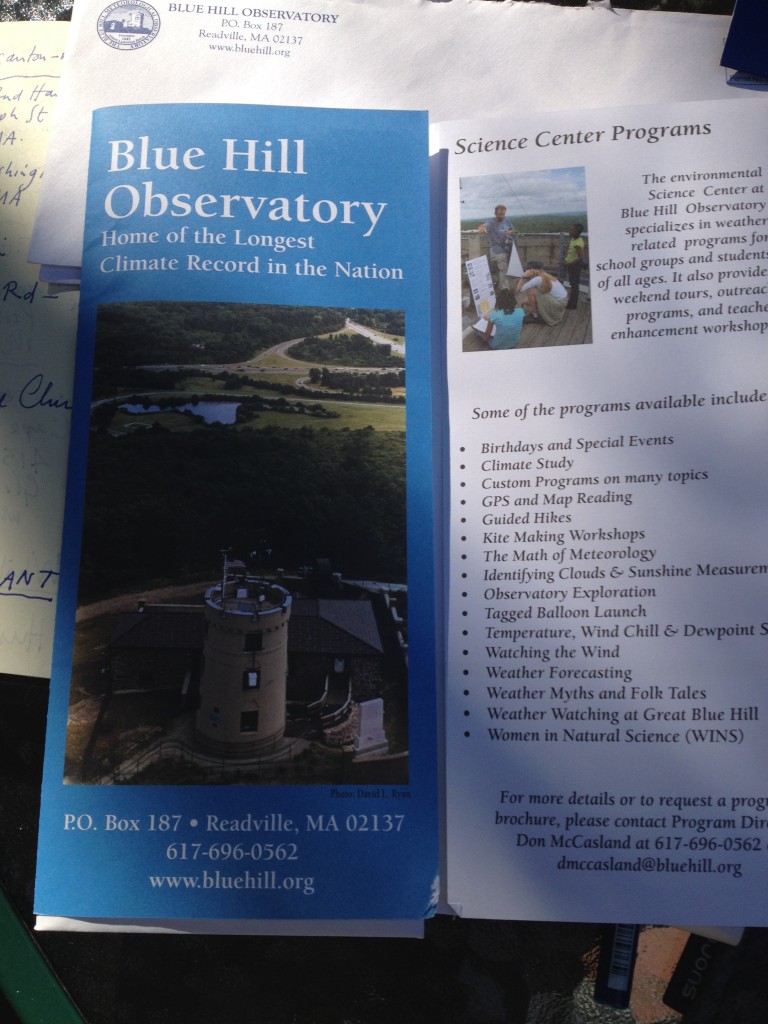 Went for dinner to the Legal Seafood Restaurant at Legacy Place, Dedham, MA. I had New England Clam Chowder and Wood Fired Shrimp   Animals on the list today include: