In the late morning we took off for downtown Boston and walked around the streets adjacent to Boston Common & Downtown Crossing. This liturgical suppliers caught my eye.  This store is not the famous Sheehan’s of Boston but it was pretty interesting nonetheless. Actually, I now think that this store is called the Sisters Disciples Liturgical Centre at 43 West St. 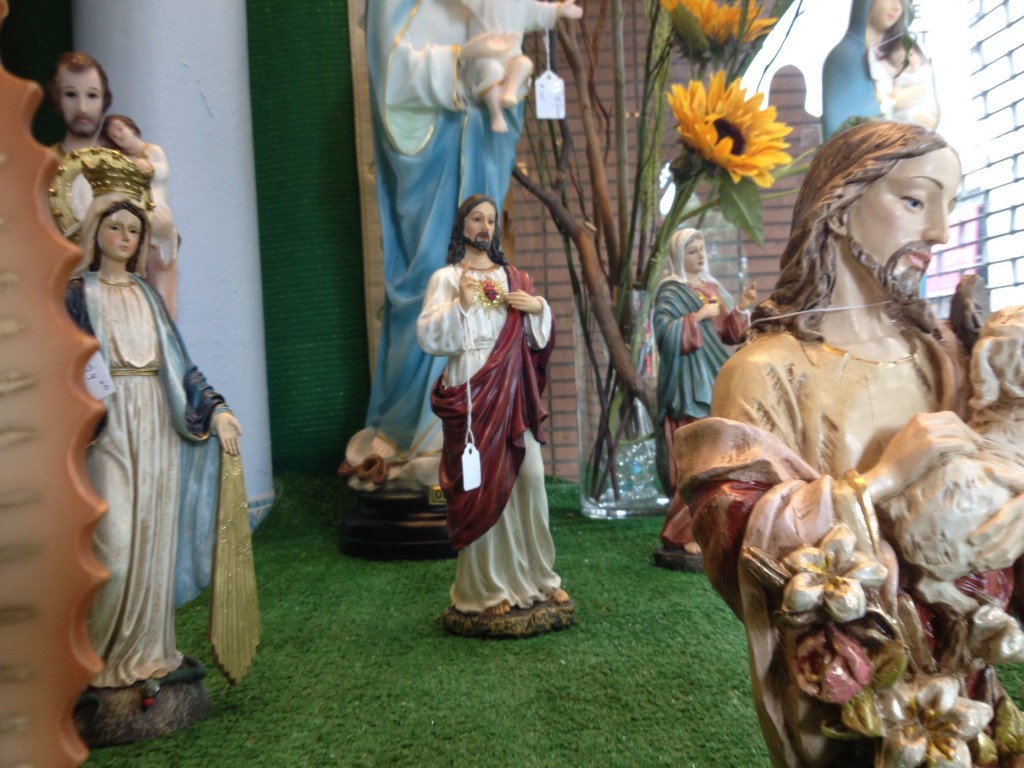 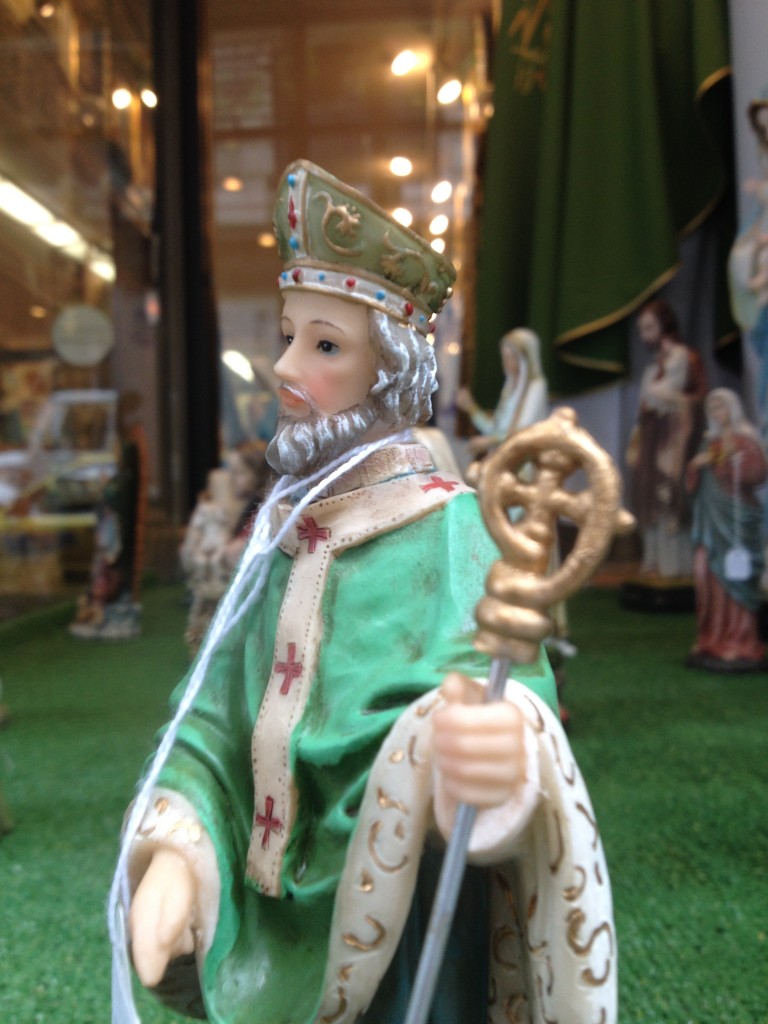 A little further down the same road was this great book store – Brattle Street Book Shop – with external shelving, open to the skies. One of America’s oldest and largest Antiquarian Bookshops established in 1825. A new build project, Millennium Tower is a 60 storey development adjacent to the former Filene’s Store, which will now become a part of the development. Scheduled to be completed in 2016. 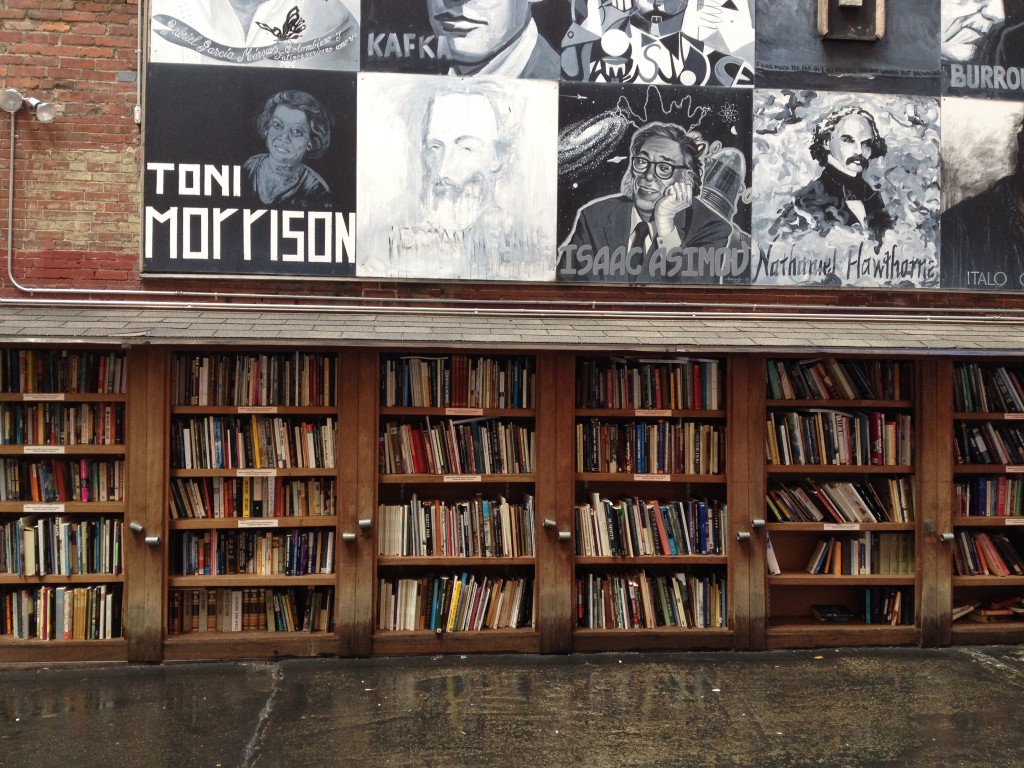 Mike’s Pastry in the heart of the Italian district is as famous an institution you can find…as if you couldn’t tell by the street scene & the level of noise in the shop ! 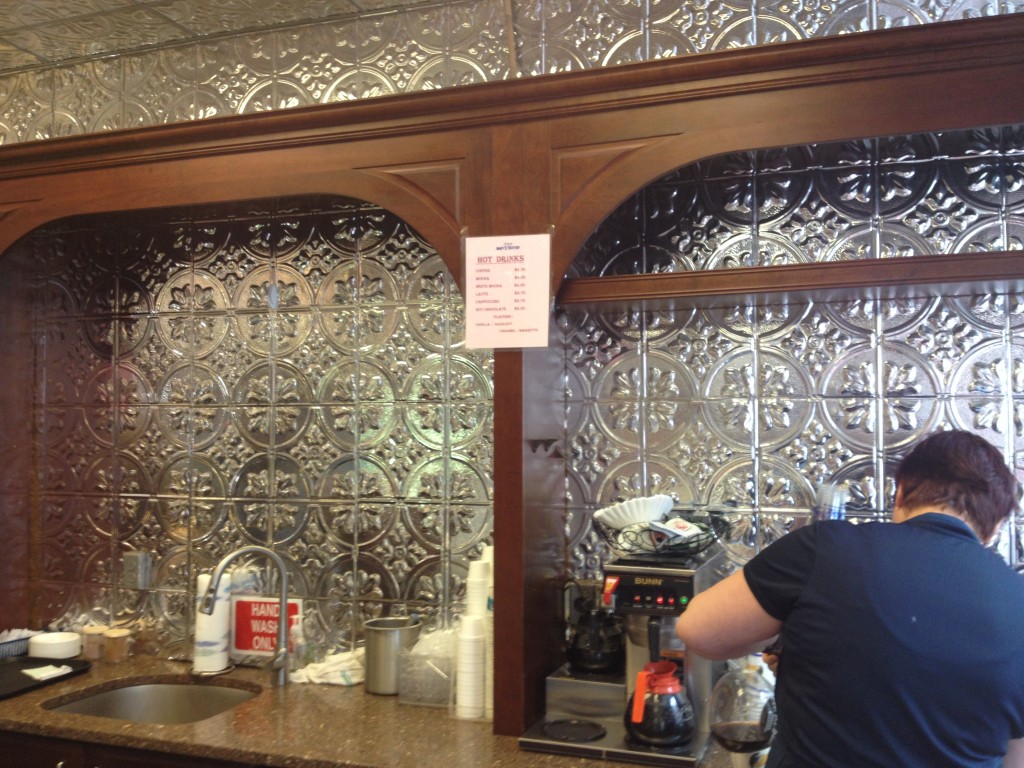 More embossed tin tiles on the walls and ceilings. These look fairly new & I have seen suppliers advertising – must get a catalogue or some printed material about it. 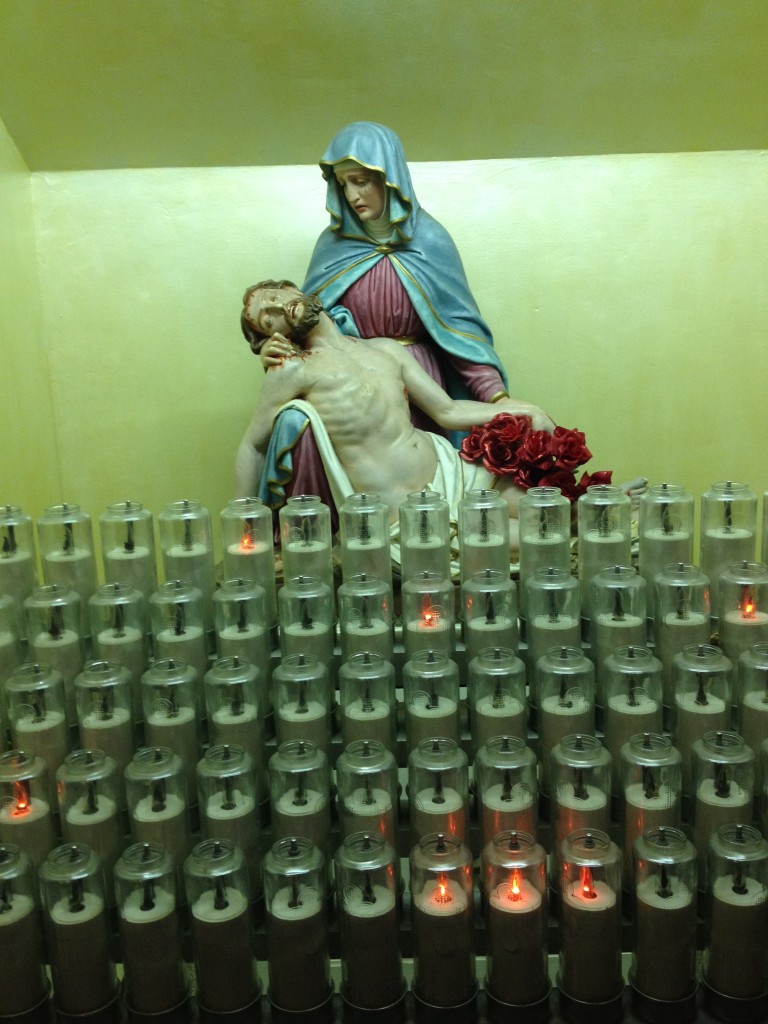 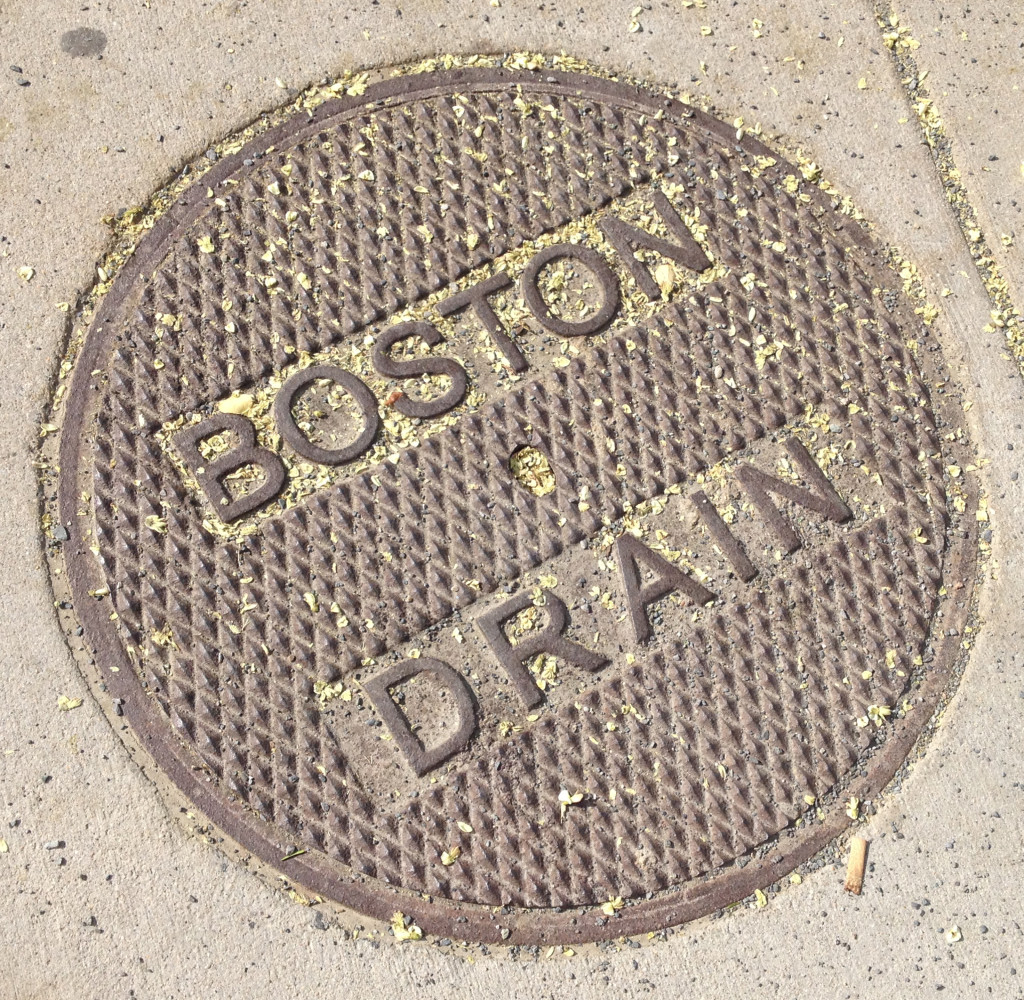 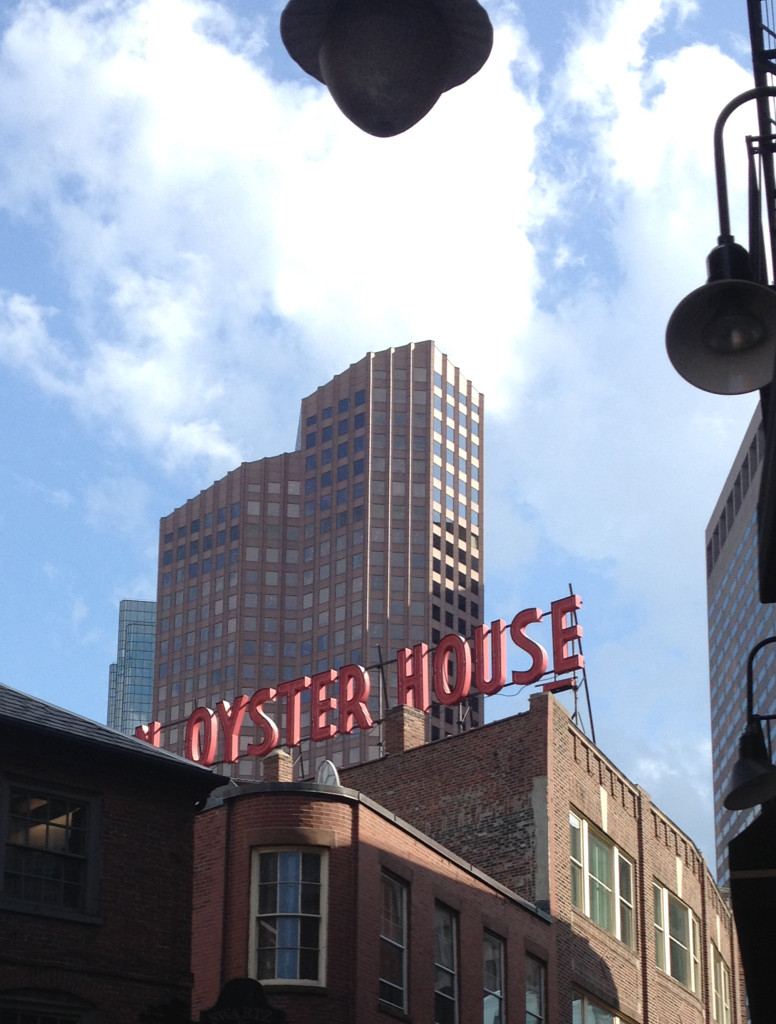 Had a great paddle and cool down at The Frog Pond in the centre of Boston Common. 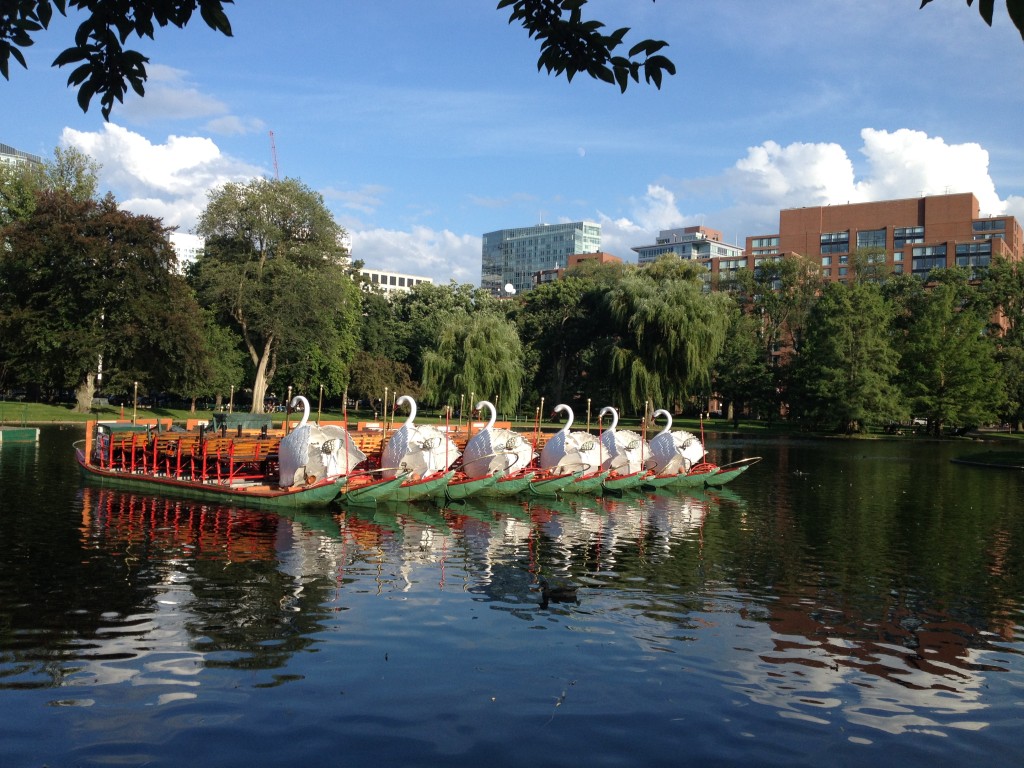