If you would like some background information on the contextual research which was done to help shape the project, take a look at this short film.

The film was put together by Wilson Massie of Balfour Beatty Living Places for the project client, Southampton City Council. – I’m not much of a screen presence, but the information and visuals are interesting !

Works are well underway by the Ashfield Group to manufacture and supply the artwork step details to the project. The double height steps in York Stone are being inset with a darker granite text detail set into the face of the riser, which is part of the art interpretation on site. These double height steps will also have a slatted timber top, which creates ad hoc seating within the main sequence of steps at the southern end of the site. The timber will also carry cnc routed text.

The Central Chelmsford development has been in progress on site since 2012.  I was commissioned to join the team as project artist in January of this year.

The integrated project team is made up of :

You can hear more on the project via this link: http://www.youtube.com/watch?v=orYUpbnacis

The site has a number of key buildings which were once a part of of Anglia Ruskin University. 507 new homes as well as retail and offices will make up the new development. The project is delivering a new community in Chelmsford.

One of the most historic & resonant as well as the earliest buildings on the site is the Grade II listed Anne Knight building, a former Friends Meeting House from 1824. Named after one of Chelmsford’s most distinguished women, Anne Knight 1786 – 1862. Anne Knight was a Quaker and a stalwart Anti Abolitionist, attending the World Anti Slavery Convention meeting held in London in 1840. Her views and correspondence on women’s rights led to her publishing what is considered to be the very first leaflet on women’s suffrage in 1847.

I have also responded to the landscape plans and architectural flow  & rhythm of the site as well exploring how the various elements  & spaces of the site are navigated and used by pedestrians. As the hub of a new community, the communal areas of the development are important places for people to take ownership of.

As well as collaborating with the project team I am also working and collaborating with several manufacturers and specialist contractors such as Hardscape, Ashfield Ltd & City Squared on elements of paving, seating and steps throughout the site, where interventions will be made via cnc routed text into timber and water jet cut and sandblasted granite.

On Tuesday 29th April I travelled up to Hipperholme, Halifax to meet with Dave Lowe of Hardscape who is delivering a major feature of the Station Quarter North Project.  – ‘Canal Shore’ is a 174m long linear artwork in black basalt which forms the kerb and pavement edge along Blechynden Terrace. The work is inset with text in contrasting light grey granite.

Hardscape are working with their sub contractor, Scribble Stone who specialise in water jet cutting.

This work is an element of a much larger public realm project around Central Station which I am working on in collaboration with Balfour Beatty Living Places, CH2M Hill, Southampton City Council and Lighting Consultants Michael Grubb Studio. This project is in turn part of a wider a transport interchange programme reviewing pedestrian and traffic flow around the Station principally on an East to West axis. 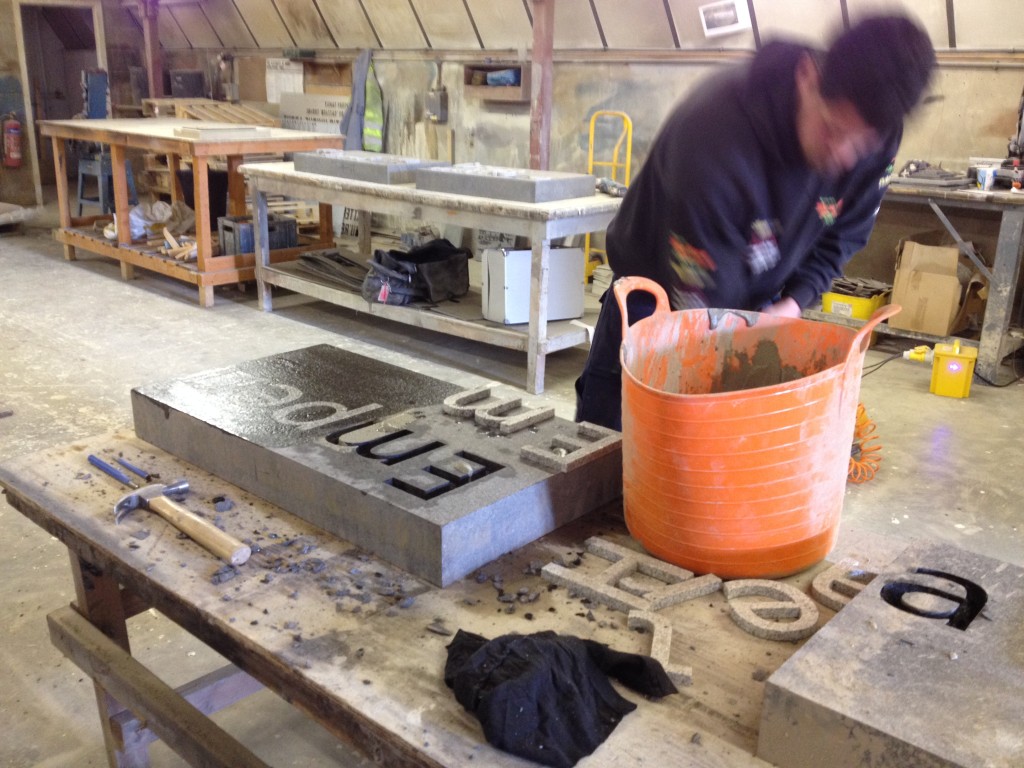 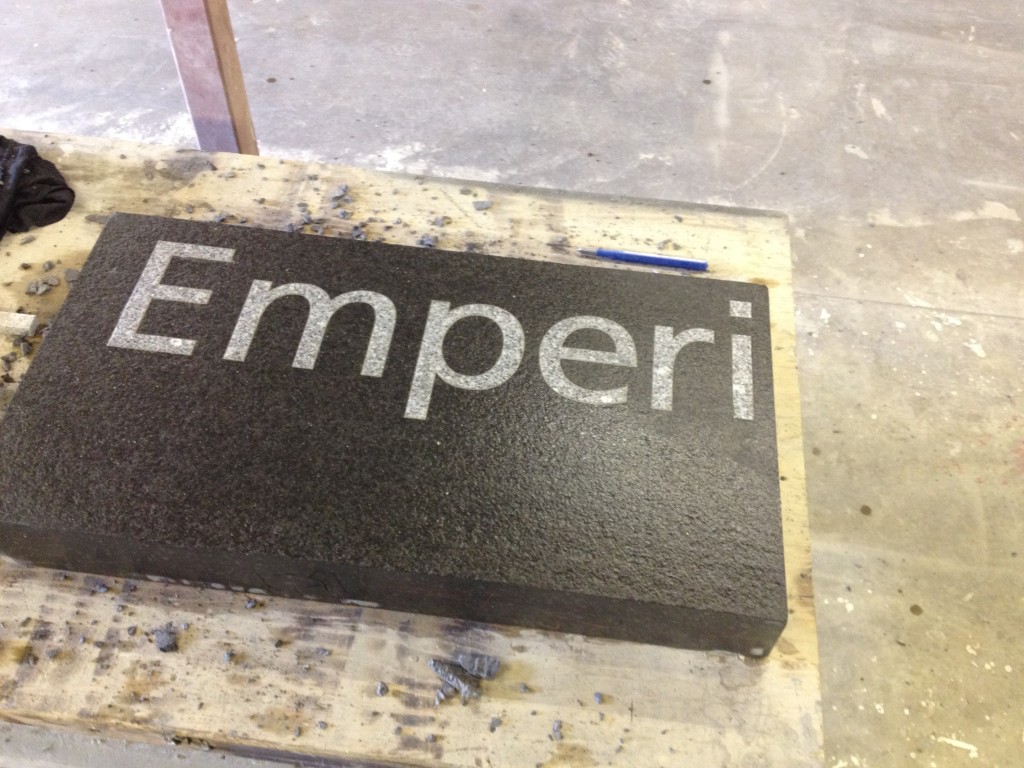