I had requested a meeting as a matter of courtesy, having visited the Cathedral several times previously during my research work for the Winchester Station Approach Project. It was important I met with Annabelle as I wished to discuss the possibility of collaborating with the Cathedral and particularly with the Stonemasons. Not only that, but I wished to know more about the Cathedral’s role in the community – an enormously broad subject, but nonetheless, one that I considered vital to understand the nature of its calling. It was of real interest to me to hear Annabelle talk about the Cathedral as a living place serving not only its faithful and local congregation, but everyone and anyone. A living and breathing building, actively engaging with and remaining vital to a worldwide audience in the 21st Century.

One outstanding calling is about welcome. In the Cathedra’s Calling and Vision document , emphasis is placed on welcome, access to all, hospitality and pilgrimage. The Cathedral Close is a haven for visitors and locals alike. The Station is also a Gateway to Winchester, so the same ethos ought to be present here in the public realm too, with an emphasis on welcome, and civic hospitality. A place of arrival and departure, a place of safety, a gateway and a welcome.

Marketing Manager Catherine Hodgson, then took me on a walk around the Cathedral and its outbuildings, including a visit to the stonemasons yard. Should the project progress to design stage, then I will certainly be advocating for a cross discipline collaboration with the Cathedral.

Above: The forecourt (piazza) of The British Library, St Pancras. Colin St John Wilson, 1998. The block seating at the crossing of the pavement grid, resemble the Cathedral’s stone carved or wooden bosses, which appear at the junctions of the stone ribs in the vaulted nave.

‘Sarsen Stones in Winchester’, from the website of The City of Winchester – these sandstone blocks, sought after as ‘markers’, are an inspiration for block seating at Station Approach…see below…

A number of industries, which Winchester supported, including Watermills, Brewing and Iron Foundries depended upon an immediate and plentiful supply of water. Winchester’s waterways brought wealth to the Cathedral.

Amongst these industries, several stand out as examplers –

Winchester City Mill – one thousand years of history milling corn and the use of Millstones of Basaltic Stone.

City Engineering Works and Iron Foundry – Jewell Family of Middle and Lower Brook Street. Amongst other things the made components for the GWR Railways Winchester to Newbury Line. The family were also involved with Durngate Mill and the initials of Philip Charles Jewell appear on much cast iron work in the City.

Above: This section of text by Elizabeth Proudman begins the report into The Waterways of Winchester. 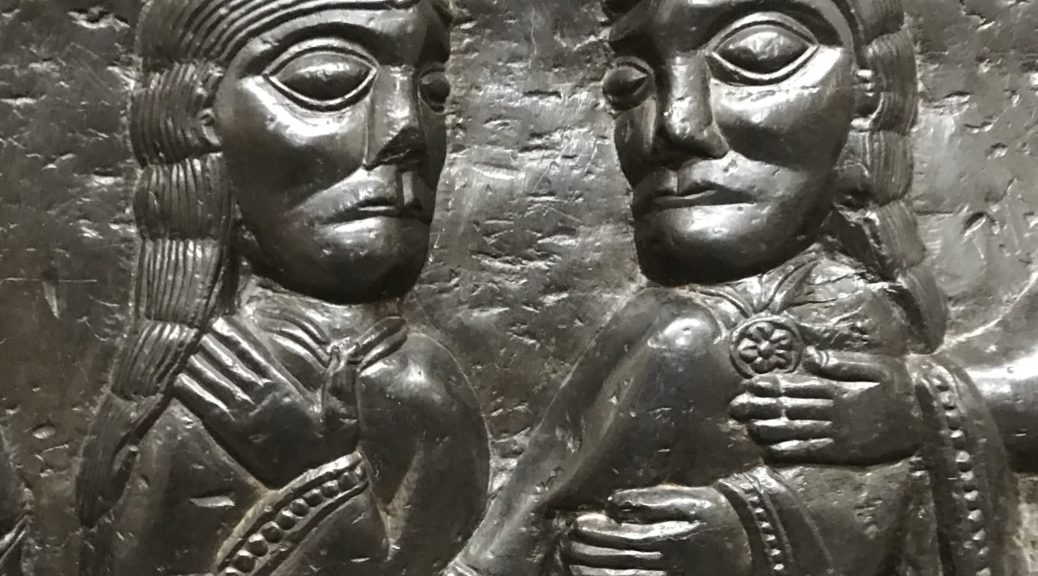 The image above is a detail of the beautifully carved ebony black polished stone 12th Century font, with its depiction of the miracles of St Nicholas. It is without doubt one of the Cathedral’s greatest treasures. It was brought from Tournai, in modern day Belgium. It has been in use ever since. It is astonishingly fresh and wonderful.

It isn’t too hard to find odd and quirky combinations of both mundane & exotic materials and examples of spectacular & naive decorative arts and crafts side by side in Winchester, especially in the Cathedral. Almost one thousand years of continual occupation of this religious site bears witness to an unbroken architectural legacy, one that is brimful of odd juxtapositions, exotic materials, renewed or replaced fabric, scratched graffiti, vandalism and destruction. Like walking through a time-warp. Robust Norman Romanesque Architecture to Perpendicular Gothic in one step. Swedish Marble to Purbeck Stone in another. Extant 13th Century inlaid ceramic floor tiles to 1960’s replicas. Striking thresholds crossed mixing time and material, yet the experience is not jarring or disjointed. Time itself has softened these transitions and blurred the edges.

I am continually cherry picking from the world around me, plucking at things, tucking things away for later – like a squirrel, gathering nuts for winter or in the manner of a herbivore, continually grazing, & chewing the cud. I am gathering visual information – an extraordinary cabinet of curiosity in my mind. Certain things catch my attention, whilst others pass me by. This eclectic meander is not a considered or deliberate creative manoeuvre. It is innate. It is my pattern of speech, it is my handwriting. It simply is. 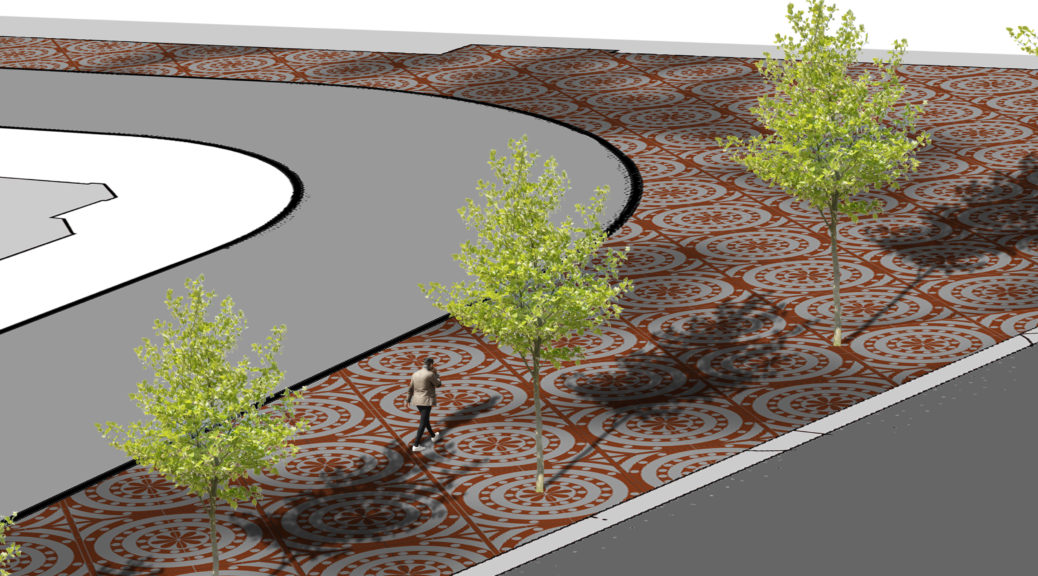 These sketches and studies below are part of a series of early drafts and drawings, which were completed in June this year. They were derived from contextual research and concept design development for the generation of the interpretive public art elements at Winchester Station. Several versions of this initial research have been submitted for discussion and comment.

These early drafts considered an ‘all-over’ repeating pattern for natural sandstone paving, influenced by the Cathedral’s extant 13th Century medieval inlaid ceramic floor tiles – and used here as a super-graphic motif. At this time I was not responding to any masterplan proposals from the client’s Architects and Urban Planners LDS – as these had not yet been circulated for discussion. The ideas were formulated in response to my own research in the city and now form the foundations of my project approach.

The building stones of Winchester are hugely influential when looking at the interpretation of place and the significance of the Station as a gateway to the City. Although granite has been used here, local sandstones and limestones with flint and brick dominate.

The low lying architectural scale and presentation of the Station buildings, warrant a softer frame with regard to paving. Sandstone fits this bill. Granite being perhaps too corporate and ubiquitous for this site.

The City has a strong tradition of procession and pilgrimage, which reinforces notions of way finding and direction, arrival and departure, as well as the physical experience of walking and the materials you are walking upon.